The band made the announcement this morning via their official Twitter account. The record, which was produced by Grammy-winning producer Greg Kurstin, is set to be released on September 15. A multi-instrumentalist, Kurstin co-wrote, produced and played most of the instruments on Adele’s smash hit, “Hello.” He’s also known for his work with Sia, Beck, Kelly Clarkson, Ellie Goulding, Pink, the Shins, Tegan and Sara, and Lily Allen. With the writing and recording of the next Foo Fighters album on the horizon, Grohl was eager as always to find fresh challenges for the band: “So I think maybe Greg is the guy that we ask to be our producer because he’s never made a heavy rock record before and we’ve never worked with a pop producer.” Darrel Thorp (Beck, Radiohead) was soon enlisted to mix and engineer. This collective conceived a blueprint of the new record as “Motorhead’s version of Sgt. Pepper… or something like that,” secretly booking into Hollywood’s esteemed EastWest studios to consummate this marriage of extremes… or as Grohl puts it: “Our noise and Greg’s big brain and all of his sophisticated arrangements and composition.”

Check out the band’s tweet and the full tracklisting below:

Concrete and Gold. Out 15 Sept.
Pre-order & get priority access to pre-sale tix https://t.co/suKUyMbGTI to find out how. #ConcreteandGold pic.twitter.com/zWBpHg6tPq 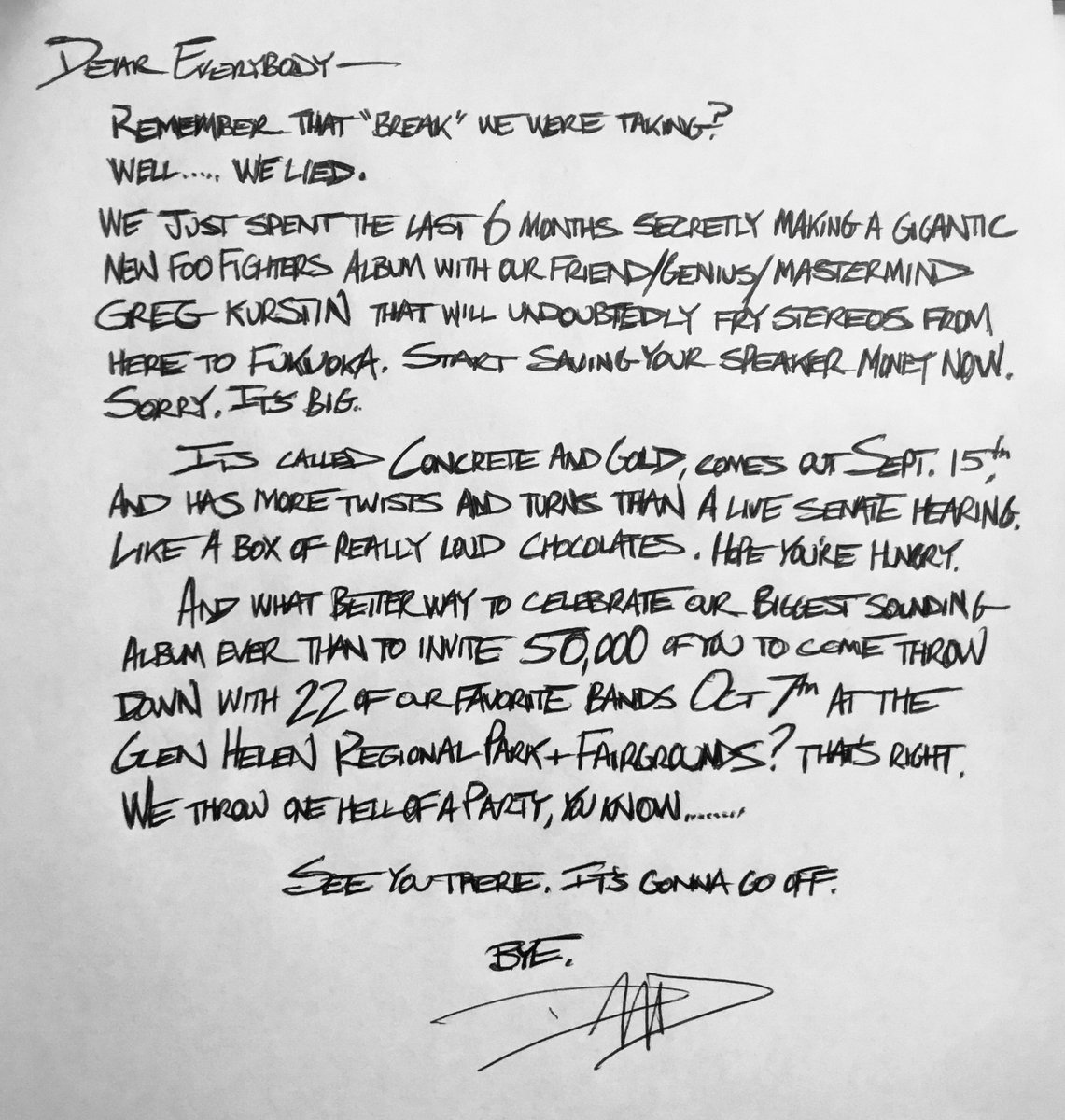 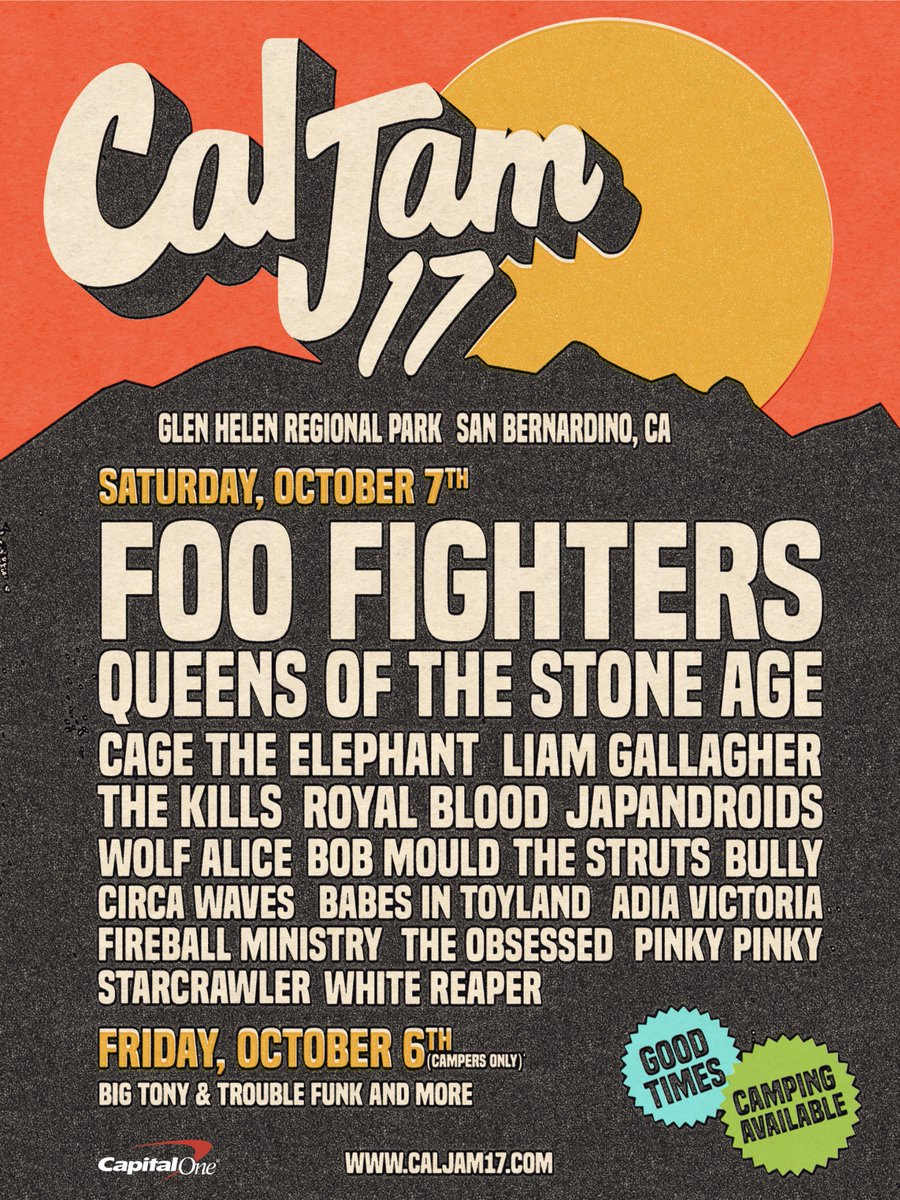