Ring in 2012 with 200,000 fellow bundled-up San Franciscans for a waterfront fireworks tradition as the city is once again hosting a free waterfront midnight fireworks show on New Year’s Eve, December 31, 2011.

According to FuncheapSF, the best viewing location to see fireworks is south of Sinbad’s Restaurant – along the Embarcadero between Mission and Folsom Street. Standing in front of the Ferry Building may not be a good place to view the fireworks.

Below are a couple of the best places to view fireworks in San Francisco on New Year’s Eve.

For more suggestions for things to do at the stroke of midnight, visit FuncheapSF or CBS Local Events. The ultimate view and the best display of fireworks by the waterfront Ferry Building Clock Tower which is one of the historical landmark of the city!

EPIC Roasthouse’s 3-course menu early evening is perfect for those on their way to a party. Later, the restaurant features a 4-course menu, champagne toast and a view of the fireworks! 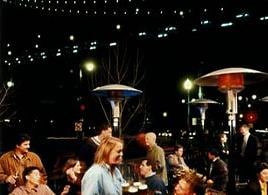 You can’t beat the patio area at Gordon Biersch for great food, fabulous drinks and New Year’s Eve Fireworks right in front of the Bay. Celebrate New Years Eve at historic Treasure Island, with an exclusive view of San Francisco’s million dollar FIREWORK’S SHOW. Transforming The Pavilion by the Bay into this years most exclusive New Years Eve celebration with TWO Areas of music and complimentary Hosted bar all night!