Many of us in the Bay Area have visited San Francisco’s famed “Financial District.” Everyday, thousands of us come to work among its skyscrapers. Yet, how many of us come downtown just to enjoy ourselves? Take a stroll through history, and stand–literally–on the spot where an old “gold ship” is buried. Visit what one historian says “is the most famous building in all the world.” And eat at some of the best restaurants on the planet. At the time, the area of what we now call the Financial District, was actually part of the San Francisco Bay. During the mid 1800’s, at the height of the Gold Rush, ships from all over descended to San Francisco. Their passengers and crew deserted the ships in search of fortune and gold. Those ships lay empty until entrepreneurs decided to purchase them and make them into “instant buildings.”

Those “buildings became San Francisco’s earliest stores, saloons and hotels. After a massive fire in 1851, to which those ships burned down and the water between the burned hulls became landfill and thus expanding the city further to what now is the Financial District. A group of archeologists, lead by Alan began to excavate parts of the ship, the General Harrison and located at Clay and Battery Streets, underneath the Old Ship Saloon. 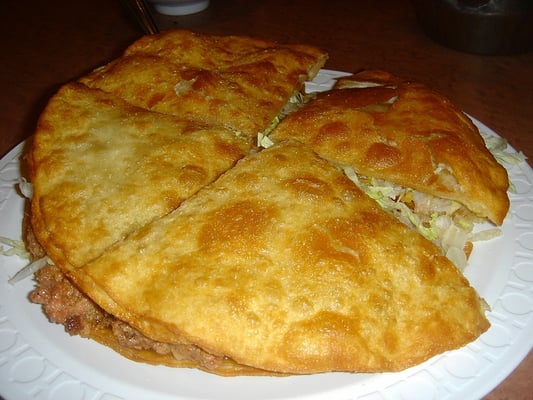 The Financial District is filled with upscale restaurants like Michael Mina’s namesake restaurant on California Street or celebrity chef, Tyler Florence’s Wayfare Tavern. But if you’re looking for something hot, spicy and something that will stick to your ribs, Henry’s Hunan is sure to fill that void. In 1962, Henry introduced Hunan style cuisine to San Francisco. Well known for bringing the heat and huge portions to hungry customers, their signature dish, “Diana’s Meat Pie,” was created by Henry’s late wife. It’s a must-get appetizer at Henry’s Hunan. So much more of their food is amazing, it’s no wonder how Henry’s Hunan became literally, the hottest restaurant in the city. One of Brian Hackney’s favorite movies filmed in the Financial District is the 1977 Mel Brooks comedy classic, “High Anxiety”. Eye On The Bay’s producer, Henry Kaiser actually has scene in the movie. Watch for him during one of the dinner scenes. After watching the movie, you too will be compelled to take a stroll through the Hyatt Embarcadero. Much like Mel Brooks did when he walked through the many inverted hallways around the beautiful hotel. Plus you can enjoy a ride on their famous glass elevators that see through into the massive lobby of the hotel. Better yet, stay the night in one of their rooms with an amazing view of San Francisco. Let’s hope you fair better than Mel Brooks did in the movie. 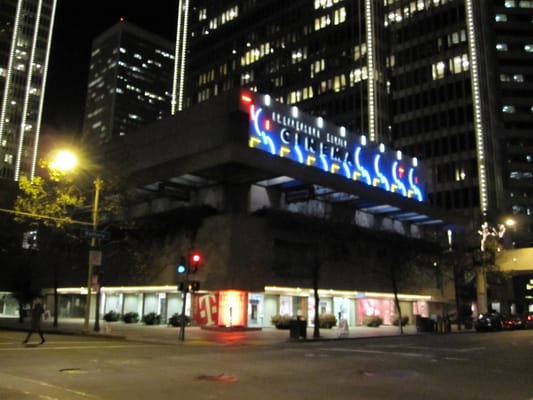 Catch a flick at the Embarcadero Center’s Cinemas. There’s something about the ambiance of the city environment that adds to seeing an independent film at this famous theater, especially when you’re coming out from the darkness of the theater, to see these towering, lit-up skyscrapers that makes for an “illuminating” experience. 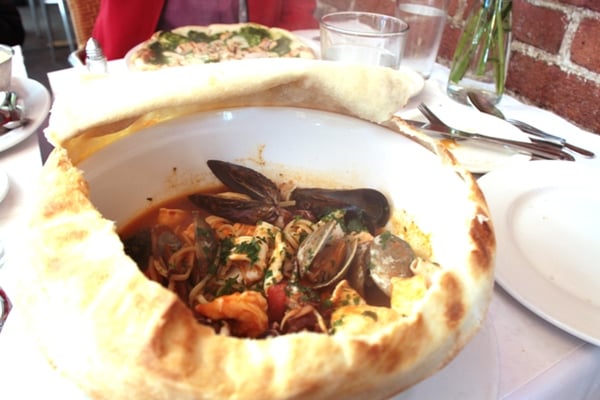 Explore some of the 22 alleys of the Financial District. Including Belden Alley where, in one block, you can go to 12 different countries. At least as far as the food is concerned, you can go from French, to Italian, to Middle-Eastern, to of course, American. Then there is Brindisi Cucina di Mare, where Brian recommends the specialty of the house, Linguini Allo Scrigno. Pasta in a treasure chest, basically, seafood and tomatos, baked in a pizza crust. One Market Plaza
1 Market Plz # 347
San Francisco, Ca 94105
(415) 814-6480
More InformationIn the midst of all the hustle and bustle of this amazing restaurant, one table at One Market brings you close to where all the action is, the kitchen. At the Chef’s Table, 4-7 guests can sit down and have a tasting menu designed by the head chef. Guest have a front row seat as Chef Mark Dommen crafts a seven course meal, while Chef Patti Dellamonica-Bauler puts the final touches on a sweet ending. Enjoy a night of Michelin Star food in the Financial District at One Market.

Ready to bite into another foodie adventure? Head over to Eye on the Bay’s Food & Drink section and discover the best of the Bay.