LOS GATOS (CBS NEWS) – The second season of “Orange is the New Black” doesn’t premiere until June, but Los Gatos-based Netflix has just released some photos of the Litchfield inmates to hold fans over in the meantime. 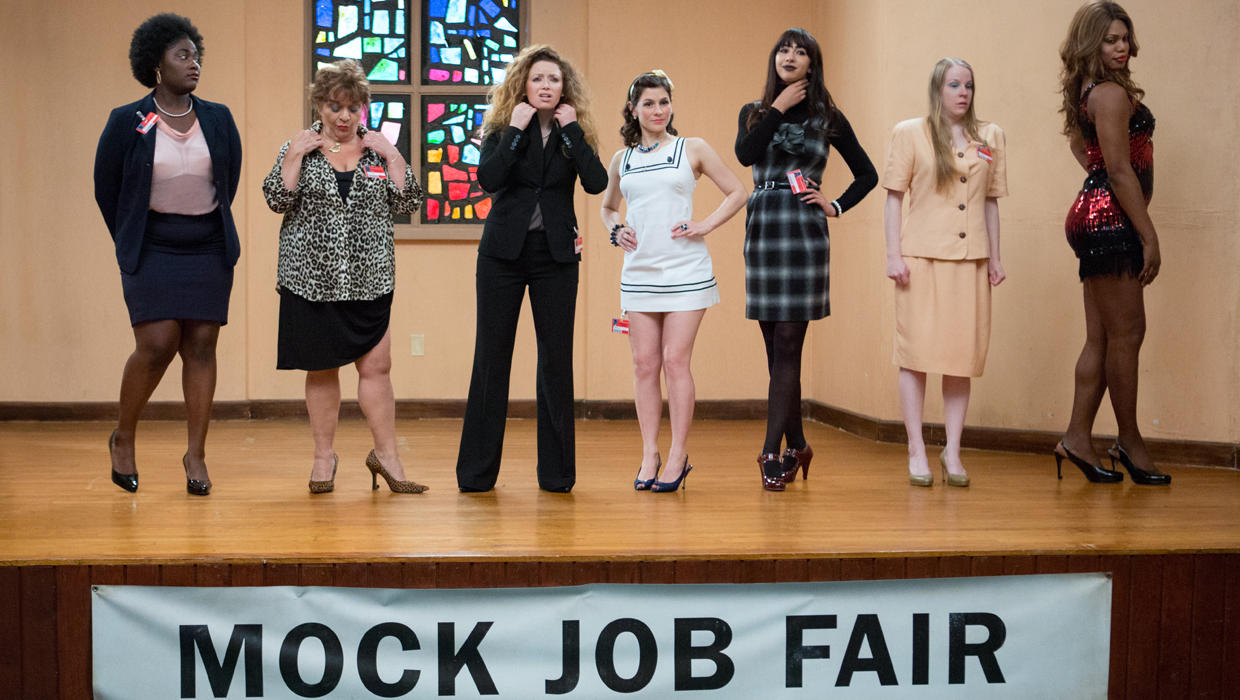 There’s one of a mock job fair, and another showing Piper (Taylor Schilling, above) with blood on her hands — from what looks like the events that happened during last year’s finale. 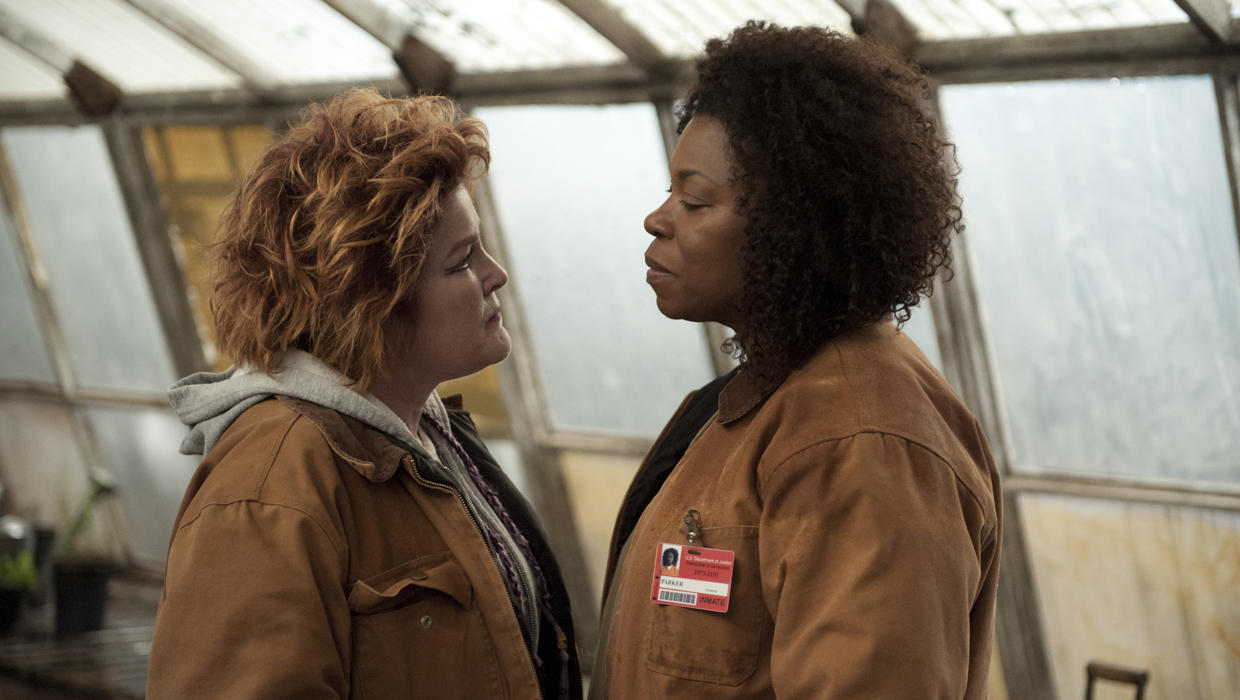 Kate Mulgrew, left, and Lorraine Toussaint in a scene from Netflix’s “Orange is the New Black” season 2 (credit: Jojo Whilden/Netflix)

The third photo shows a stare-down between Red (Kate Mulgrew) and series newcomer Vee (played by Lorraine Toussaint, in what Deadline calls a heavily-recurring role), a “longtime street tough” who ran her own drug business.

“Orange is the New Black” returns to Netflix on June 6.