Mark Hamill from "The Empire Strikes Back" (credit: Lucasfilm)

(CBS NEWS) – A prop gun used by actor Mark Hamill in “The Empire Strikes Back” will be auctioned this week, with bidding to start at $200,000.

The DL-44 blaster, which Luke Skywalker wielded in non-firing scenes during the second “Star Wars” film, was modeled after a German Mauser C96 pistol. It was constructed from gray, silver, and brown-colored fiberglass. 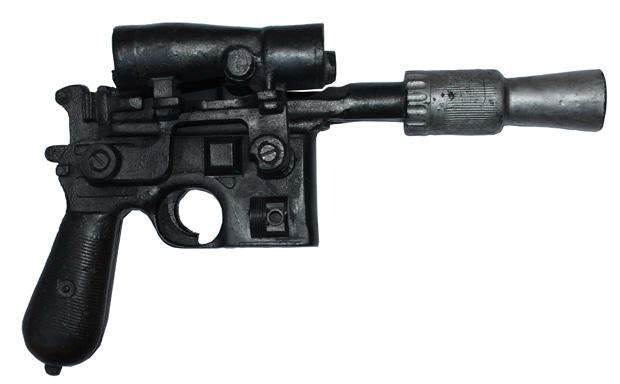 It is in fact the same model blaster used by Han Solo in the original “Star Wars,” cast from the original prop. The prop is among the items in the sale being held by the Nate D. Sanders auction house in Los Angeles on January 28.