The other nominees for best picture, drama, were “Manchester by the Sea,” ”Lion,” ”Hell or High Water” and Mel Gibson’s “Hacksaw Ridge.”
On the television side, “The People v. O.J. Simpson” continued its awards success with five nominations, including best limited series. Other regulars (“Veep,” ”Transparent”) were also recognized, though a number of more recent acclaimed shows not eligible for September’s Emmy Awards elbowed their way in, including “The Night Of,” ”Westworld,” ”Atlanta,” ”This Is Us” and “Insecure.” 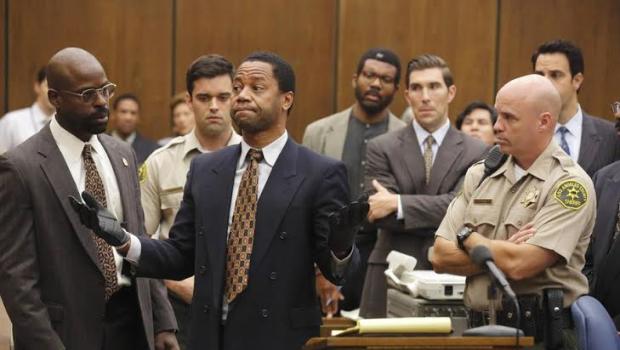 The film nominations also verified that this year’s awards season isn’t nearly so white as last year’s. Along with “Moonlight,” nominations were heaped on Denzel Washington’s August Wilson adaptation “Fences” (including acting nods for Washington and Viola Davis), the interracial marriage drama “Loving” (leads Ruth Negga and Joel Edgerton were each nominated) and the inspirational NASA drama about African-American mathematicians “Hidden Figures” (including Octavia Spencer). Those nominations confirmed what has already solidified as a notably more diverse Oscar field. Casey Affleck in “Manchester by the Sea” (credit: Amazon Studios)

Kenneth Lonergan’s tender portrait of grief, “Manchester by the Sea,” landed five nominations, including best actor in a drama for Casey Affleck. Producer Matt Damon, in a statement, thanked the Hollywood Foreign Press “for championing a little movie like ours.”

The Weinstein Co.’s “Lion,” the story of an Indian boy separated from his family, had an especially good morning. The film also earned nods for Dev Patel and Nicole Kidman.

The best actress race is one of the year’s most competitive, though it’s so far been dominated by “Elle” star Isabelle Huppert. She was nominated for best actress in a drama, along with Amy Adams (“Arrival”), Natalie Portman (“Jackie”), Jessica Chastain (“Miss Sloane”) and Negga.

The Hollywood Foreign Press, a collection of mostly freelance journalists, has a history of sometimes playing favorites, packing its lively banquet with stars and some eyebrow-raising selections. This year’s picks featured some unlikely outliers like the unheralded Aaron Taylor-Johnson for Tom Ford’s “Nocturnal Animals” for best supporting actor. The best actor in a comedy or musical included, surprisingly, Jonah Hill for “War Dogs” and Ryan Reynolds for “Deadpool.” Reynolds said on Twitter that “the entire ‘Deadpool’ team is engaged in a grotesque, early morning tickle-fight.”

Other choices were anything but surprising. Meryl Streep landed her 30th nomination for best actress in a musical or comedy for “Florence Foster Jenkins.” Streep, an eight-time winner, will also be the recipient of the Cecil B. DeMille Award for career achievement.

In a sign of Hollywood’s increasing dichotomy between mega blockbusters and smaller independent films, the lead nominee getters were overwhelmingly independent. Lionsgate led the way with 10 nods thanks largely to “La La Land.” The indie outfit A24, producer of “Moonlight,” followed with nine. Amazon Studios, which is distributing “Manchester by the Sea,” outranked goliaths like the Walt Disney Co. (three noms) and Warner Bros. (just one). Plus, it earned five TV nods for “Transparent” and “Mozart in the Jungle.”

The January 8th Golden Globes will be hosted by Jimmy Fallon from the Beverly Hilton Hotel in Beverly Hills.