Curtains up, San Francisco! Deciding which of these top shows to attend could be a theater-goer’s biggest dilemma. Romance, revivals, smash musical comedies, a matriarch of screen and stage, and a drag queen great are coming to town to tread the boards.

What’s this? Dame Edna Everage, aka Barry Humphries, is bowing out at the top of his/her triumphant 50-year game. Following rave reviews from Australia and London, San Francisco audiences breathe a sigh of relief to be included on the six-city North American finale tour of the world’s beloved international drag diva queen. The New York Times called the show “the most purely enjoyable night of the year.” Put on your pink and lilac wig and heels and be there, with spectacles sparkling. 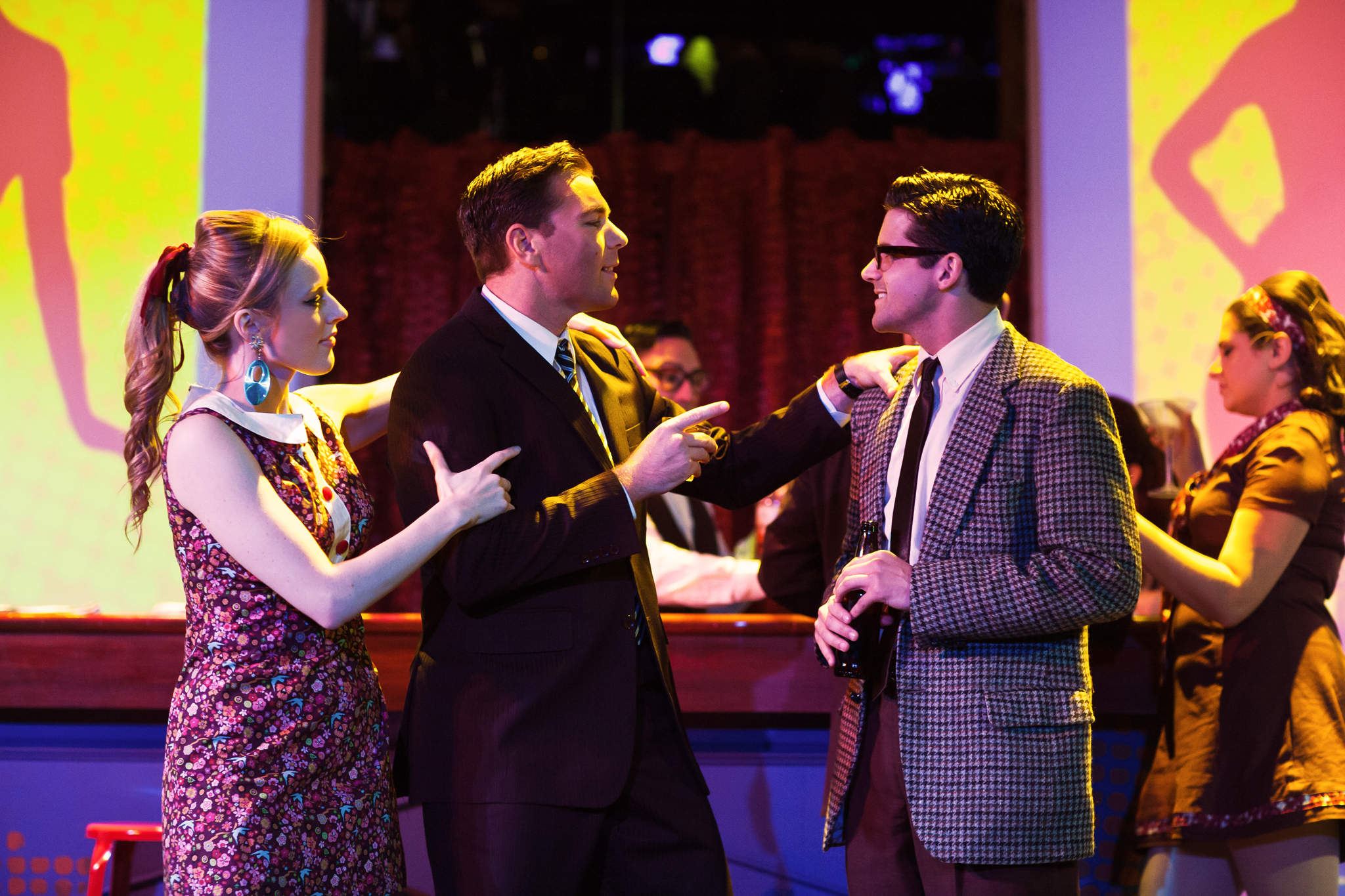 With a run through mid-January, it’s not too late to catch this musical revival flashback to the 60s from the pens of the top team of Burt Bacharach and Hal David. With hit songs such as “I’ll Never Fall in Love Again,” propelling Dionne Warwick to the top of the charts, the David Merrick-produced musical earned a double Tony Award in 1968. Based on the Neil Simon book and Billy Wilder screenplay, “The Apartment,” the show is presented in an intimate theater space by this top-quality non-profit theater organization.

Three words usually stop avid theater-goers in their tracks: Sir Tom Stoppard. Knighted in 1997 for service to the British Empire, the 77-year-old Czech-born playwright’s works are among the world’s most widely performed. Set in 1930s Jammapur, “Indian Ink” is a romantic story of two worlds colliding, offering insight into post-colonial India. Once again directed by Carey Perloff, the play’s American premiere was at A.C.T. in 1999, when Jean Stapleton played the role of Eleanor. Dame Angela Lansbury, the unstoppable 89-year-old, British-born, five-time Tony Award winner stars live onstage in San Francisco during the second stop on a four-city North American tour of Noël Coward’s famous production. Lansbury’s much-anticipated appearance as Madame Arcati in the hit comedy revival directed by Miahael Blackmore promises to be a highlight of the 2015 theatrical season. In addition to five Tonys, the actress has received six Golden Globes and an Honorary Oscar in recognition of 70 years in the motion picture industry. Back by popular demand, “The Book of Mormon” requires an early save-the-date notation in the calendar to score seats this time around. A quick look at the reviews confirms why. Having scooped up nine Tony Awards including 2011’s best musical, this production has been called “the funniest musical of all time” by Vogue. From the creators of “South Park” and “Avenue Q,” big Broadway musical numbers combine with religious satire to produce something that’s “So good it makes me angry,” according to comedian Jon Stewart.

Related: Best Dinner Shows In The Bay Area
Laurie Jo Miller Farr loves walkable cities. A tourism industry professional and transplanted New Yorker by way of half-a-lifetime in London, she’s writing about the best of the bay and beyond for Yahoo, USA Today, eHow, and on Examiner.com.